The 5,035 square kilometre Gonarezhou National Park is the second largest national park in Zimbabwe (next to Hwange), and plays host to a globally significant population of African elephant, currently numbering close to 11,000 animals.  “Gonarezhou” itself means “Place of many Elephants” and is an extremely scenic Park full of rugged and beautiful landscapes.

The Park was established in 1934 as a Game Reserve and proclaimed as a national park in 1975. Gonarezhou is situated within the relatively remote southeast-corner of Zimbabwe on the border with Mozambique, with which it shares a 100 kilometre boundary. The Park now forms an integral part of one of the largest conservation areas in the world – the Greater Limpopo Transfrontier Park (GLTP – established in 2002), which joins some of the most iconic national parks of Zimbabwe, Mozambique (Gaza) and South Africa  (Greater Kruger) in a conservation area covering some 35,000 square kilometres. This, in turn, also plays an important part of the Greater Limpopo Transfrontier Conservation Area (GLTFCA) which incorporates national parks, private land and concessions, and communal areas in all three countries, with a total area of some 100,000 square kilometres. This area is home to more than 500 species of birds, 147 species of mammals, at least 116 species of reptiles, 34 species of frogs and 49 species of fish.

Three major rivers – the Save, Runde and Mwenezi – wend their way through Gonarezhou, and form pools and natural oases from which hundreds of species of birds, mammals and fish gather to feed and drink.

One of the most prominent and enduring natural features of Gonarezhou National Park is the beautiful Chilojo Cliffs (180 metres in height). These magnificent red sandstone formations overlook the scenic Runde River valley. Perennial and temporal pans are also a common feature. Apart from the two extensive pans near the Save/Runde junction (Tembwehata and Machaniwa) there are a number of larger pans which hold water well into the dry season. Steep rocky gorges with falls and rapids characterize sections of the Save, Runde and Mwenezi rivers. Noticeable peaks in the north are Makamandima (578m) and Mutandahwe (571m), with Nyamgtongwe (516m) in the centre, and Red Hills in the south of the Park. The Save Runde junction is 165m above sea level and is the lowest point in Zimbabwe.

Lion, leopard, cheetah (including the rare king cheetah), buffalo, giraffe, plains zebra and many species of large antelope are also present within Gonarezhou. The rare nyala and smaller suni are two of the highlights of the Park’s smaller antelopes. In addition, hundreds of species of birds may be spotted in the Park. Unique species of aquatic wildlife such as the Zambezi Shark, Freshwater Goby, Black Bream and the unique turquoise killifish can be seen in the rivers and pools.

The herpetofauna of Gonarezhou is unusual in Zimbabwe, as it includes many species which typically occur on the East African coastal plain. Reptiles and amphibians, being poikilothermic and less mobile than higher animal groups, are good indicators of bio-geographic boundaries, and their occurrence in Gonarezhou illustrates the bio-geographic importance of the Park. The Gonarezhou species list includes about 6% of the Southern African endemics and 14 species of special conservation interest.

The bird checklist of 400 species includes a further 92 species regarded as ‘likely to occur’. The bird list includes 13 species that are rare or of limited distribution and of conservation interest. The scrub mopane areas of the park are one of the more significant breeding sites for the Lappet faced vulture in southern Africa.

Gonarezhou experiences mild, dry winters and warm, wet summers (temperatures in excess of 40 degrees Celsius can occasionally be expected). The Mabalauta and Chipinda areas are open throughout the year. However, during the rainy season (November to April), access to certain parts of the Park is restricted. The mean annual rainfall is 466 mm but is highly variable.

Gonarezhou National Park is dominated by various types of woodland, ranging from alluvial, to mopane (on heavier soils on basalts), igneous intrusive rocks and parts of the Malvernia Beds, plus various Guibourtia and Combretum dominated woodlands, principally on the sandier soils of the Malvernia Beds but also covering much of the northern granophyre. There are also localized occurrences of miombo (Brachystegia spiciformis, B. tamarindoides subsp. torrei and Julbernardia globiflora), Androstachys and Spirostachys woodlands. There are also dry forest patches (on alluvium), thickets (on the Malvernia sands), bushlands (principally scrub mopane on basalts and Malvernia Beds) and wooded grasslands (mainly on the eastern portion). Natural grasslands are virtually absent, as are Acacia woodlands, whilst aquatic systems are limited to the three main rivers, the two artificial dams/weirs, plus numerous small and mostly seasonal pans.

In terms of Flora, the area forms part of the Zambezian Regional Centre of Endemism, which includes all of Zimbabwe, Zambia and Malawi plus parts of Mozambique, South Africa, Botswana, Namibia, Angola, Democratic Republic of Congo and Tanzania.

Bilharzia (Schistosomiasis) is endemic to all lowveld rivers in Zimbabwe and visitors should take appropriate precautions. In addition, malaria can be present within the region so visitors are advised to take prophylactics before, during and after their stay in the Park.

The Gonarezhou Conservation Trust was established in August 2016 and assumed management of Gonarezhou National Park in March 2017. This is a ground-breaking partnership between Zimbabwe Parks and Wildlife Management Authority and Frankfurt Zoological Society, following almost 10 years of working together within Gonarezhou. 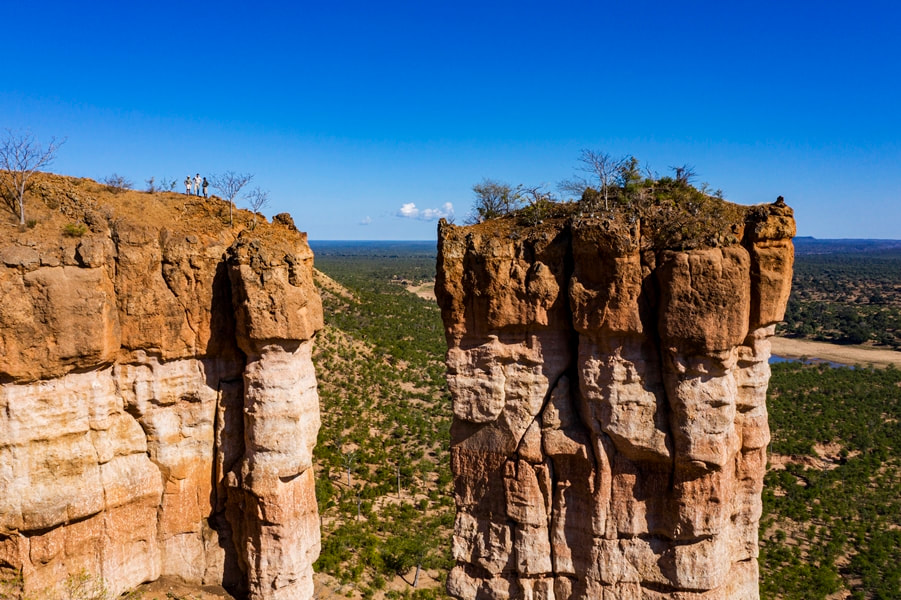 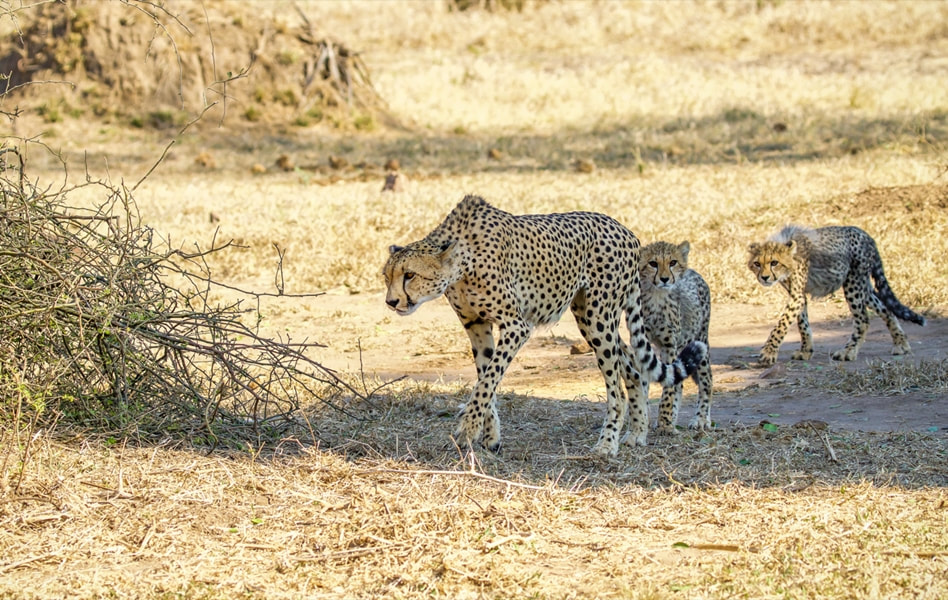 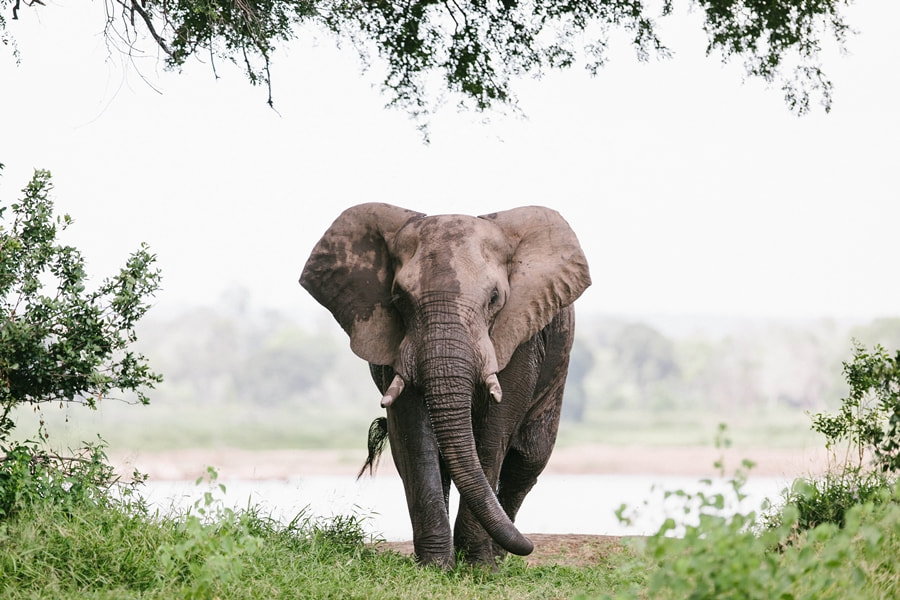