This is a traditional, tented Camp, with a total of nine units scattered beneath a grove of false mopane trees (1 unit is for families).  The Camp overlooks open plains and a busy waterhole.

The main lodge area consists of a lounge, dining room, open campfire area and pool – all of which also enjoy excellent views of the waterhole, allowing for some wonderful wildlife sightings.

The beauty of Davison’s Camp lies in its remote location.  Activities at Davison's Camp include game drives in open 4x4 vehicles, both by day and at night, or guided walks in the early mornings, while during the siesta hours, guests can view wildlife coming down to the waterhole to drink from their tent veranda or the main area.

Game viewing is good year round in this concession.  You can expect to see lion, large herds of elephant, buffalo, leopard, white rhino, spotted hyaena, southern giraffe, sable, blue wildebeest, impala, common waterbuck and reedbuck.  During summer you will see wildebeest, zebra and eland in abundance, whilst during winter the waterholes are magnets for elephant in enormous numbers 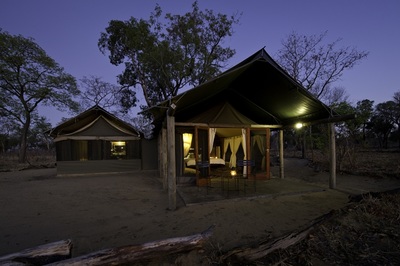 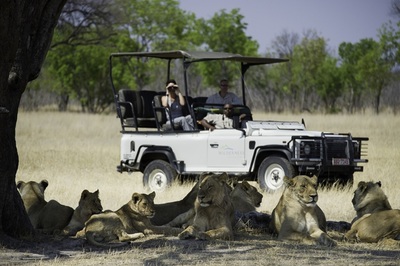 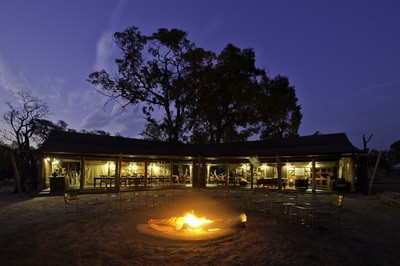 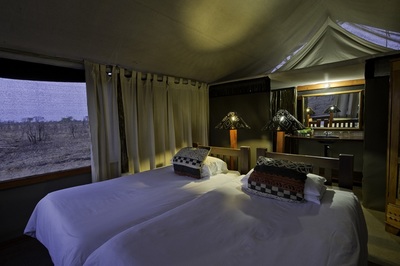 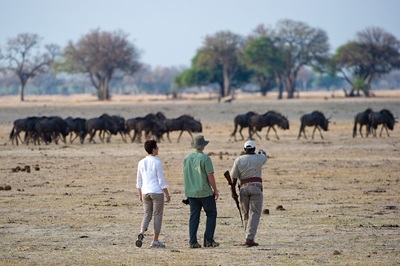 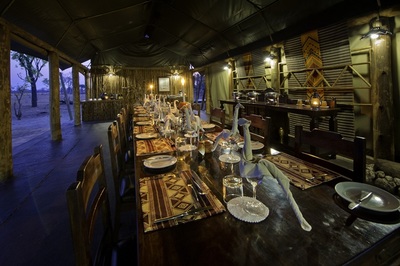